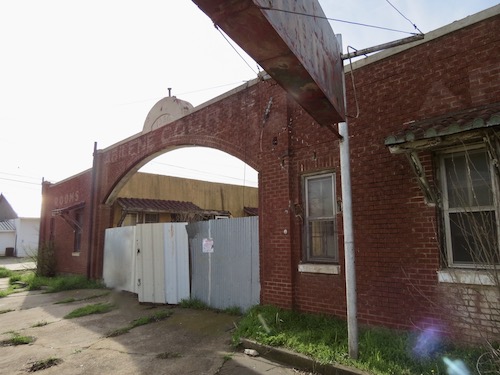 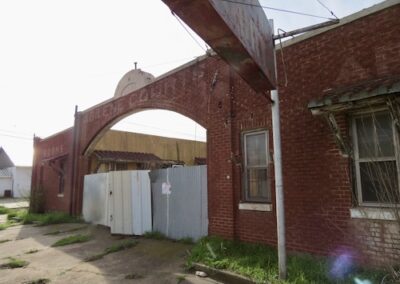 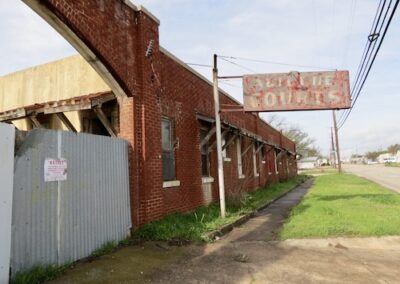 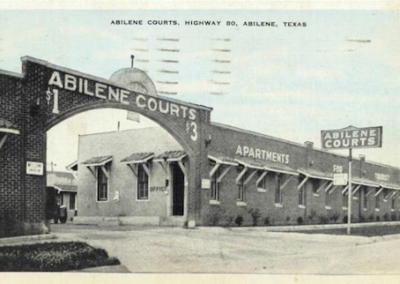 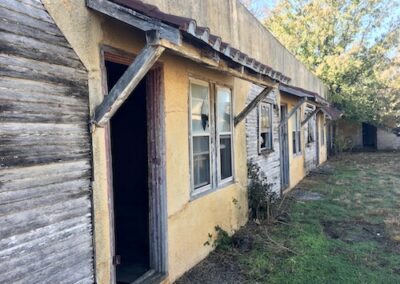 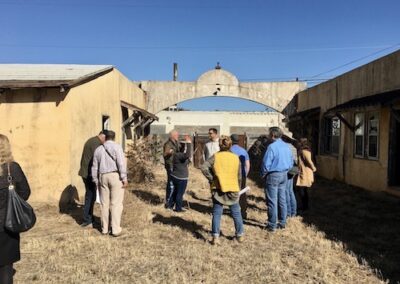 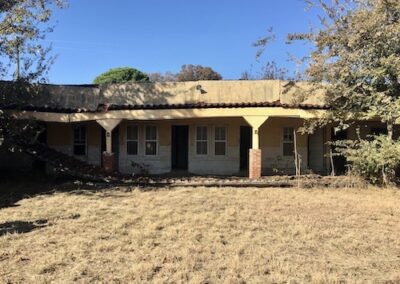 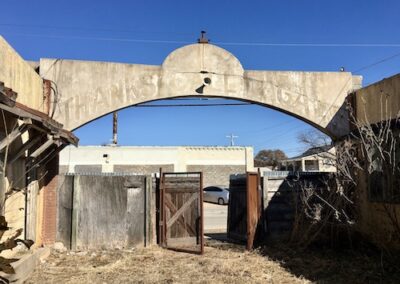 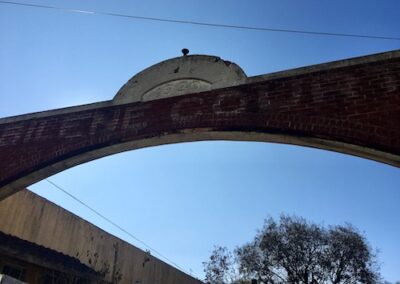 A Unique piece of Abilene's history could be lost, but you can change that.

The current owner of Abilene Courts has agreed to donate the property to the Abilene Preservation League to see it saved. Ownership is in the process of being transferred. However, Abilene Courts is currently under recommendation for demolition, which means we must act now. The city does its jobs to protect its citizens from building hazards, we need to do our part to protect our architectural heritage from disappearing.

We need your support. Click on the tabs below to learn more about the Abilene Courts project.

What is the Significance of Abilene Courts?

The Bankhead Highway was the nation’s first “all weather” coast-to-coast highway and served as a major travel and tourism route, resulting in a boom of family-owned roadside businesses across the United States. Tourist courts, the precursor to motels, were one such business.

Built in 1930, not only is Abilene Courts one of the last remaining original prewar tourist courts along the Bankhead Highway, but it is a rare subtype of a once common tourist court layout. The 2014 Bankhead Highway in Texas survey identified 51 NRHP-eligible tourist courts/motels along the highway in Texas, but only two with a “closed courtyard” configuration. Abilene Courts is one of those two, with the other being some 250 miles away in Pecos, TX, the Boulder Courts.

Due to Abilene Court’s association with the Bankhead Highway, which significantly contributed to our nation’s history, and its rare architectural value, it is listed on the National Register of Historic Places, and the Abilene Preservation League deems it essential to be saved.

·        Registered in the National Register of Historic Places

Summary of Board of Building Standards (Bobs) public hearing regarding case # 17-009, Abilene Courts on July 1, 2020

Due to technical difficulties, the video and agenda of the July hearing is unavailable. The following summary is a subjective account from an APL board member:

The city code enforcement officer explained the evidence of Abilene Courts since its case opening in 2017. Recommendations followed that the building did not improve to standards and BOBS should move forward to demolition. The owner spoke of his difficulty given the historic nature of this project. Josh Black, President of the APL, spoke that Covid-19 restrictions delayed our acceptance of the gift and the beginning of repairs. He then shared the APL’s plan of action. Other members of the community voiced their concerns and support to save this historic site and improve the neighborhood.

One BOBS member moved that the site be declared a nuisance, another seconded the motion. In the discussion phase other members noted that this would lead into a motion to demolish which they could not support. The vote failed 2 to 7. Further discussion followed whereby another member moved to extend the time to make repairs. The city officer and city attorney declared that BOBS could not take that course of action, so the member moved to shelve this case again for thirty days. This motion passed 7 to 2. Therefore, the owner, regardless of who owns the deed, must remove the building hazards and improve the site by August 4th.

What is the APL's Plan of Action?

The APL is actively working with city code enforcement to ensure that the details of our plan of action address the recommendation for demolition on Abilene Courts. The APL intends to complete the following:

1) Regularly mow and maintain the grounds. Lee Morris and the Men of Nehemiah are performing this task as a community service.

2) The APL will remove vegetation and debris that is contributing to site hazards.

4) The APL will install a fence around the building to provide a visual barrier to the property while being restored. During this process, AML will secure the front façade and all areas where the walls buckled. This will prevent any hazards to the public and prepare the site for repairs.

5) AML will complete abatement of environmental hazards on site where necessary.

Our mission is preservation. The best-case scenario involves APL completing the above steps and selling the property to one of the organizations interested in maintaining the historical integrity of the building and its complete restoration. The worst-case scenario occurs if we can only save the North façade. In either case the Texas Historical Commission and the National Park service will maintain the location as a National Register of Historic Places site.

How can I get involved?

1. Although APL board and staff are pursuing grant opportunities, much of our success depends on the League coming together to see this project through.

Our initial fundraising goal is $30,000 – $40,000 in the next 90 days.  This will enable the progress necessary to save this historic site. Will you consider being a part of our cause? Every donation, no matter the size, helps.

There are several ways to donate:

*this is the most cost-effective donation as there are no credit card fees. 100% of your donation goes to the project!

2. Due to current hazards at the site, at this time, we do not have “hands on building” volunteer opportunities unless you work in a professional capacity related to building construction projects. If you have skills in construction or “behind the scenes” work, such as grant-writing or fundraising, or any other skill that might help the cause, reach out to us at info@abilenepreservation.org and we’ll see where we can plug you in!

3. Share the information on this page with friends and family!

If you have any questions, please do not hesitate to reach out to me. There’s much to be done to save Abilene Courts, but when our community comes together anything is possible! Thank you.